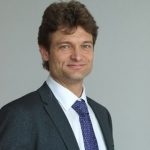 Dr. Wolfgang Breyer is a leading German and International Construction lawyer and founder of Breyer Rechtsanwälte – one of the only the specialist construction law firms with offices located across Europe. As Managing Partner, Dr. Breyer has been a pioneer in bringing together the civil and common law jurisdictions to solve complex legal problems, and he is acknowledged as one of the world’s most experienced International Construction lawyers with particular expertise in international construction contracts (FIDIC, PPC, et al.). He is also an experienced adjudicator and arbitrator for both German and international construction disputes (under ICC, DIS, FIDIC Dispute Resolution Boards, LCIA, UNCITRAL and other arbitration regimes).

Most Recently, Dr. Breyer has been spearheading the introduction of collaborative contract models to the German market. Specifically, he has most recently completed the adaptation of the widely used Framework Alliance Contract (FAC-1) for the German market. He has also been key in introducing the first IPD pilot projects in Germany.