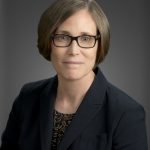 Janet is an independent arbitrator with chambers at Arbitration Place, Toronto; Int-Arb Arbitrators, London; and Sydney Arbitration Chambers, Australia. Janet has served as sole arbitrator, co-arbitrator and chair in ICC, ICDR, DIAC, HKIAC, KCAB and SIAC-administered, and in ad hoc arbitrations in a variety of seats. Her matters range from construction, M&A, shareholder, intellectual property, pharma and environmental. She has a good working knowledge of Spanish and French.

Janet is professor of law (past associate dean) at Osgoode Hall Law School, a member of the Ontario Bar, and a licensed legal consultant of the New York State Bar. She authors Canada’s main text on private international law, cited in more than 350 judgments. She is chair-elect of ICC Canada and a member of the Board of the International Construction Law Association.