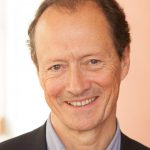 Professor David Mosey PhD is Director of the King’s College London Centre of Construction Law and Dispute Resolution, part of the Dickson Poon School of Law, and is former Head of Projects and Construction at Trowers & Hamlins solicitors.

With over 30 years’ experience advising on UK and international construction projects, David has been described in the Chambers Guide to the Legal Profession as a “partnering guru” who “gives something to the industry“. He is principal author of the “PPC2000” collaborative contracts and of the “FAC-1” and “TAC-1” alliance contracts, adopted so far on procurements worth over £42 billion. David’s work on FAC-1 was shortlisted for the 2017 King’s Award for “Research Project of the Year”.

David jointly led the UK Government “National Change Agent” team from 2005 to 2011, using consortium procurement to secure substantial cost savings, energy-efficient designs and new apprenticeships. From 2012 to 2018 he was “lead project mentor” for the UK Government trials of “Two Stage Open Book” procurement, testing the savings and other benefits achieved through the combination of early contractor involvement, collaborative working and Building Information Modelling.

David won the UK Constructing Excellence “Achievers Award” 2009 and the 2015 Association of Consultant Architects medal for services to the practice and profession of architecture.